True crime would not have been my first genre choice; after all, I began as a poet but even my early writings were rife with violence and, if I’m being honest, somewhat autobiographical.

Little known fact, I lived a double life as a child (born to undercover operatives) and later, as an adult, when I married an undercover cop and wrote my first true crime book, Running with the Devil, the ATF’s landmark criminal investigation into the Hell’s Angels, for two years in secret.

Several more “biker books” followed (also written in secret) and soon I found myself navigating a complex world of organized crime, violent subcultures and undercover operations. I had almost daily conversations with crime bosses, informants and government agents. All told, it has been an extraordinary, fascinating ten-year odyssey that has culminated in my latest book (to be released September 19, 2017), The Last Chicago Boss.

And through it all, I questioned why God tasked me with this enormous responsibility and risk, since many operatives still worked undercover and their lives were in constant danger.

The answer eventually revealed itself in sparks of miracles, all of which inspired The Medallion, designed and crafted by renowned artist Scott Berger. 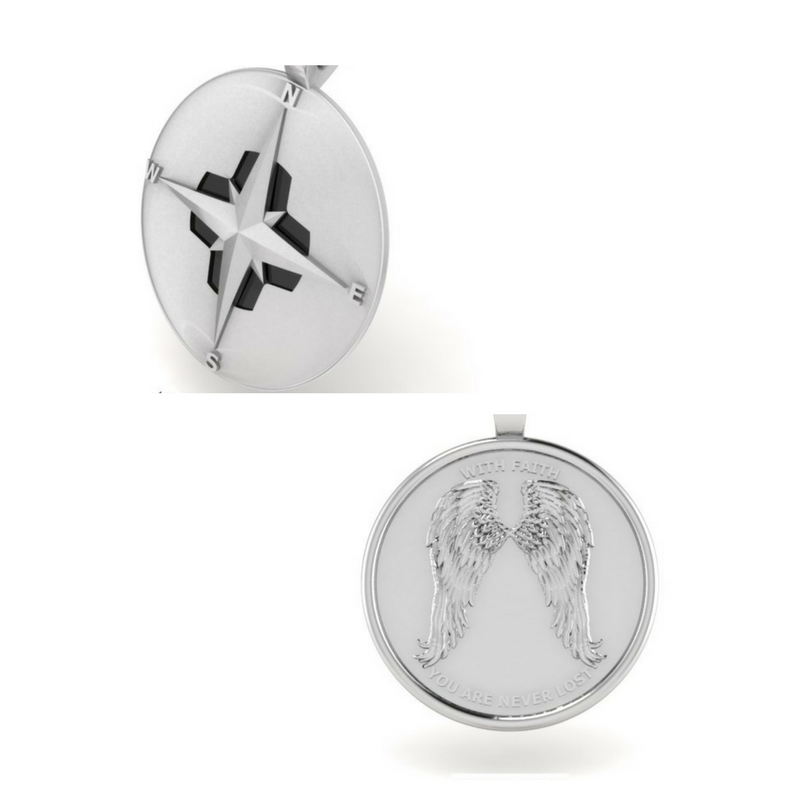 This piece is a symbol of faith. On the front is an iron cross – a symbol often worn by bikers – overlaid by a compass. The cross and compass together symbolizes divine direction and protection. Etched on the back are angel wings with the inscription, “with faith, we are never lost.” I’m excited to share this Medallion as a symbol of faith for my wonderful readers and those who have been on this journey with me from the start, available for purchase via Paypal below.