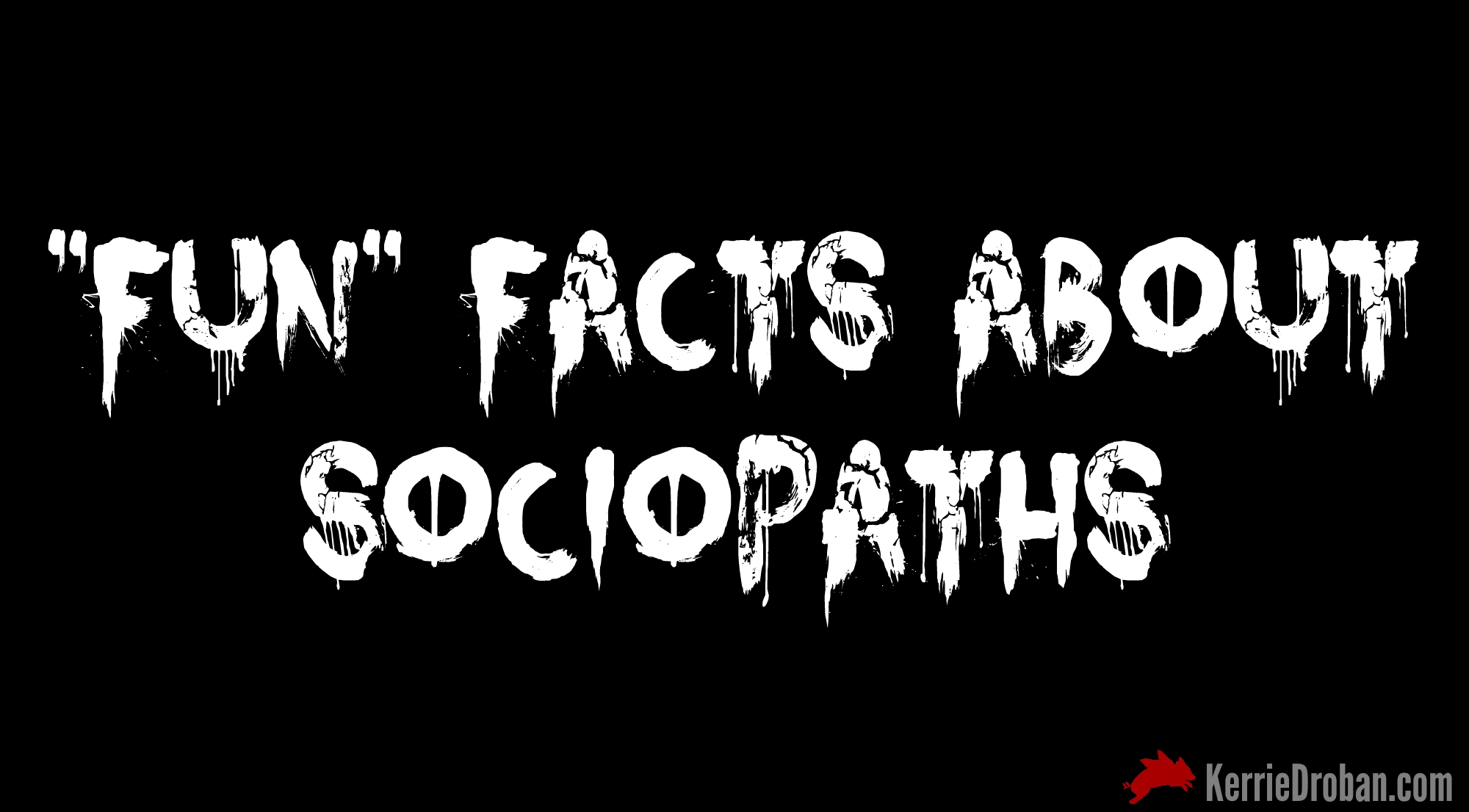 1. The list of professions that attract the most psychopaths police officers, lawyers, and surgeons. Number one: “CEO.”

2. Humans can detect 10 types of smells, such as “fruity,” “chemical,” “popcorn,” and “decayed.” While most people don’t have any trouble making out the “pungent” aroma of blue cheese or the “woody” scent of freshly cut grass, a psychopaths has no sense of smell.

3. While most prisoners speak about their families and religious beliefs, sociopaths are more concerned with basic needs like food, drink, and cash.

4. Sociopaths love “highs” of all sorts– anything fleeting that makes them feel a rush of danger interests them. So you might find a sociopath at Six Flags enjoying a run on Kingda Ka, or robbing candy from a deli, or, you know, killing someone, just for the rush of it.

5. Sociopaths like to blend in look-wise so as not to be suspected or singled out as erratic. They don’t often dress in trenchcoats or all-black ensembles: usually they’re dressed just like everyone else.

6. Most people get anxious in situations of discomfort– whether it’s being late for an appointment, feeling stressed, etcetera. Sociopaths oddly enough, don’t feel those feelings of stress. They just.. don’t feel anything at all.

7. People who have known sociopaths have said numerous times that there is often something very attractive about them, be it physically or charismatically, and it has psychiatrists confused. People do tend to trust and follow better looking people more than they do ugly people, ….Dexter? Bundy??

8. Males are 10x more likely to be psychopaths than females. Interesting, no?

9. Psychopaths are really intelligent people. They can manipulate just about anybody and actually take pleasure in knowing they’re smarter than everyone around them.