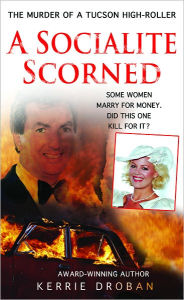 A Socialite Scorned is a classic “Who Done It” tale with a twist.

In what has been touted as one of the “most complicated, difficult investigations of our time,” Gary Triano’s case has garnered media attention precisely because of its “story behind the story” of greed, power, and intrigue.

Dateline NBC, America’s Most Wanted and countless local and national television news shows have featured Triano’s bombing fascinated not only by the sheer brutality of the crime but also the dangerous ways people love each other.

Download the episode “Dying to Belong” In which “A Socialite Scorned” is one of the featured sections. 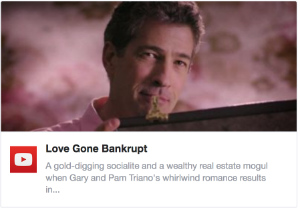 From the first pages, Droban lays out a story that is captivating and difficult to put down. Pleasantly surprising was that Droban doesn’t get weighted down in legalese which, as we all know, happens too often with writers who are also lawyers.

Beginning to end, A Socialite Scorned is a fantastic read about a woman who was willing to steal another woman’s husband, tolerate his (alleged) abuse until the house of cards is tumbling, attempt to live off what’s remaining in the name of alimony and child support, and then murder him so she doesn’t have to work like a commoner.